Next Wednesday the Weisman Art Museum is hosting Movies at WAM, a mini film festival featuring creations on VHS, Super 8mm film, Regular 8mm film, and 16mm film by Twin Cities filmmakers, as well as your very own home videos in various formats. The featured films were curated UMN and MCAD professor Sam Hoolihan, who is himself an avid filmmaker. This week on the blog we sat down with Sam to find out more about his practice, the art of filmmaking, and to get a taste of Wednesday’s event. Register to attend at z.umn.edu/wamfilms 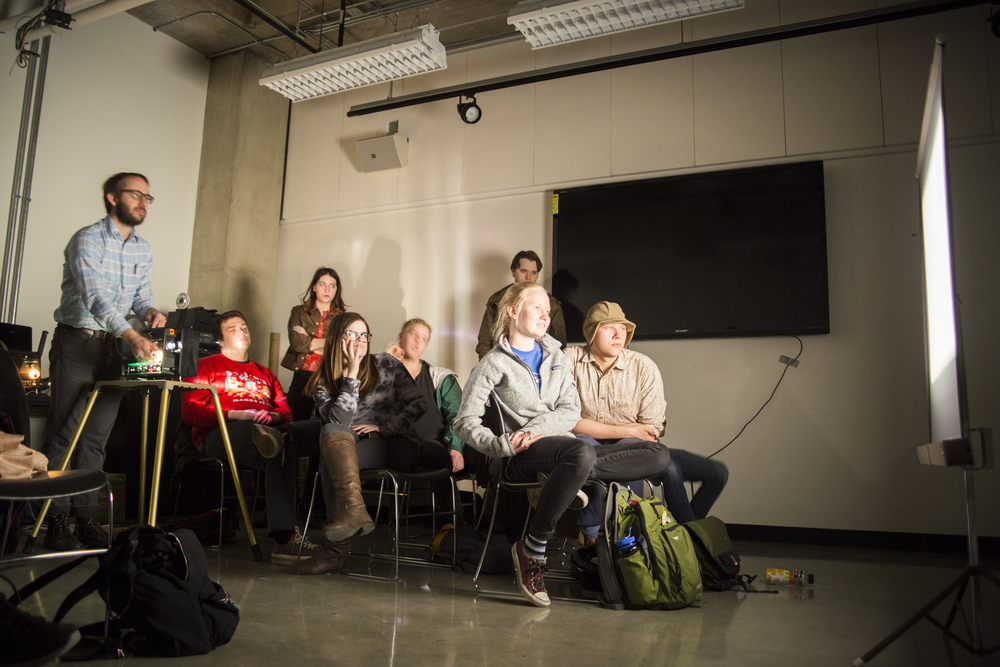 Instructor Sam Hoolihan projects a student-made film during his Super-8 Guerilla Filmmaking class in the Regis Center for Art.

Can you introduce your work to us in a few sentences?

A consistent thread through my work is portraiture. My early photo work focused mainly on people and experimented with the history and rituals of the portrait studio and portrait session. Lately I’ve been interested in creating time-based portraits of cities and landscapes.

You seem to create work that spans many disciplines and subjects, where has your focus been recently?

I’m currently working on a film about Minneapolis, an artist’s book, and a new expanded cinema performance in collaboration with another filmmaker and musician. I really value the intimacy and energy that screenings and performances offer. I think that is one of the main reasons my work has shifted to more time-based mediums.

At what point in your life did you begin creating films? Can you describe the process of discovering your interest in filmmaking?

The ability of my family’s camcorder to capture ideas and imagination seemed quite magical and powerful to me from very early on. I have several memories of creating short films as a kid with my best friends, and they all tended to be absurdist comedies. After that period in my life I focused mainly on the still image for over a decade, and my recent return to the moving image has brought things full circle in a way.

Projects spill over into my living space, my studio space, the trunk of my car, my attic space.

Do you have any rituals that you practice when creating work?

I’ve developed a walking practice during the past few film projects. I have found that going for a walk with no agenda or map, just wandering and drifting eventually gets me in the right headspace to create work. All the stress and garbage crowding my thoughts dissipates and I feel present and awake. This form of meditation allows me to pay full attention to the filming.

Where do you find inspiration?

Inspiration comes from so many different places for me. Music, books, walking, light changing through a landscape, conversations with friends. I do find that when I’m focusing on a particular project I will latch onto an album that resonates with the emotional atmosphere of the work and it becomes a constant soundtrack and friend during the creative process.

Do you draw subject matter for your films from your real life?

Yes, absolutely. I love to pull from my immediate surroundings, it feels more alchemical. Some of the subject matter from recent projects include the City of Minneapolis, my wife’s hands, the light and native plant life of nearby neighborhoods. I have a very intimate relationship with all these things that feels genuine and timeless. I believe that if I nurture an art practice that grows out of a modest tool kit and environment, I will be more self-sufficient and rewarded in the end. 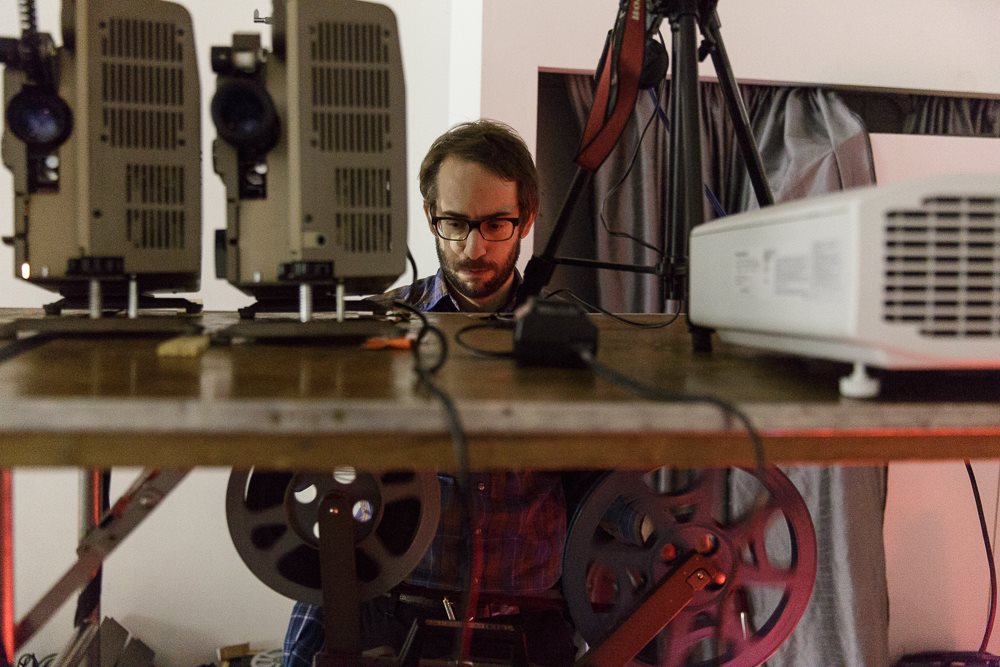 What is your favorite place/audience to show a film to?

Recently I had the opportunity to screen a new film to audiences between 15 and 30 people. The room sizes ranged from living rooms, to studio spaces, to small lecture halls. The discussions afterwards were really engaging and nourishing for me. I think it depends on the film, but that size felt really perfect.

Who is your favorite filmmaker?

The most inspiring filmmakers for me lately have been Nathaniel Dorsky and Peter Hutton.

Why should we come to the July 13th Home Movie Night?

It is going to be a special night! During the first half we will be screening home movies brought in from the public, which will be full of surprises. The second half will be a selection of short works projected on Super 8 and 16mm film created by local artists. Many of the artists will be in attendance projecting their own work, there will be some live sound accompaniment, and a couple multiple-projection pieces. A lot of the films at this event were shot and hand-processed by the artists and can only be seen projected at screening events like this one. Hope to see you there!

MOVIES AT WAM takes place Wednesday July 13th from 7:00 to 11:00 pm. Register to attend and sign up to bring your own home videos at z.umn.edu/wamfilms.

Elise Armani is a fourth year BFA candidate studying Studio Art and Gender, Women and Sexuality Studies with a minor in Art History. Elise is an aspiring curator and currently works at WAM as the projects and programs assistant, as well as the gallery learning and education intern. When not at WAM, you can find her at home with a bowl of vegan mac, a book and a lap full of pets. 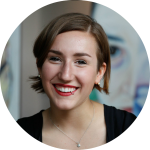 The Kodak Company introduced Super 8mm film in 1965 as an easier, cheaper, and overall better option for home movies. The film was easily loaded into the camera, and was sent away to be processed. Film was available in black and white or color, and were silent until 1973; when Kodak added a magnetic sound…

Photo Credit Katherine E. Nash Gallery Instagram Art exhibitions are curated to connect the artwork to the gallery space. The connection is designed to pull an experience from the viewer. I’m sure most have experienced a specific feeling from an exhibit, but have you ever thought what elements, other than the artwork, made you feel…

July is here! Summer is halfway over and amid the ever flowing cold press, red, white and blue bug bites, and midnight bike rides there is a lot of art to see. Here are the 8 Twin Cities events Lexi says YOU should be at. 1. Photo by Jayme Halbritter Home Movie Night Time: 7:00 pm for…